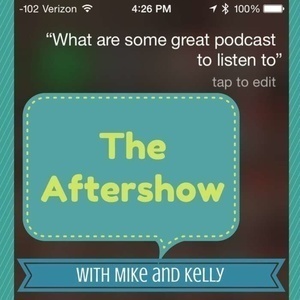 An actual, legitimate VERY SPECIAL EPISODE featuring our first ever Aftershow guest, Kelly "The Other Kelly" AuCoin! #RipCity post-mortem, comic books, getting past the first chapter, and way more. Part 1 of a two-part episode.

Our special guest, Kelly AuCoin, is familiar to TV audiences for two striking -- and radically different -- featured roles on hit series. He plays Pastor Tim on FX's The Americans and "Dollar Bill" Stearn on Showtime's Billions. He also maintains a transcontinental obsession with his hometown Portland Trailblazers, insisting that Bill Walton is Pastor Tim's spirit animal and recording high-energy playoff telecast intros for the team.

Note for listeners: this ep has a slightly higher frequency of mature language than our average run rate, so be alert if you are in the car with your impressionable children.